Massive ‘ Alien Antenna’ spotted on the surface of the moon

A Ufo Hunter from Finland has reported finding a  massive ‘strange antenna-like structure’ on the lunar surface. Is this the ultimate evidence of ‘alien structures’ on the moon? Could these mysterious structures be the reason why we haven’t returned to the moon recently? 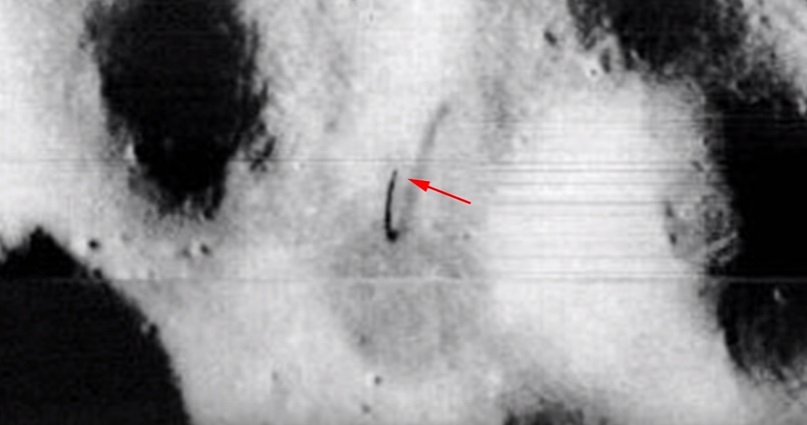 The image taken by the Lunar Reconnaissance Orbiter (LRO) appears to show an anomalous structure ‘unlike anything previously found’ on the surface of Earth’s natural satellite.

‘Aliens could be exploiting the resources and minerals on the Moon, and they have bases there. There are numerous discoveries that support this theory,’ says Mark Sawalha.

‘I’ve become extremely interested in the subject after discovering many weird structures in official NASA images. I am sure that they are real, and we have a lot to learn about our neighbouring planets and what’s happening there,’ said Sawalha.

The image analyzed by Sawalha and other UFO hunters was captured by the LRO and seems to show an antenna-like structure which rises from the surface casting a shadow on the lunar surface.

Whether or not this is an actual ‘alien structure’ is debatable. Some argue it is ‘just another’ optical illusion like many other alleged structures.

However, many do not agree we are looking at an optical illusion, pointing towards several other unexplained discoveries on the surface of the moon.

One of the most interesting images that support the idea there are alien structures on the moon was taken on July 20, 1965, by the Soviet Spacecraft ZOND 3.

In one of the images of the far side of the moon, a mysterious tower-shaped structure can clearly be seen protruding the lunar surface. In its vicinity, no other similar structures are seen, and Ufologists believe that the mysterious ‘tower’ seen in the Zond 3 image is a crucial piece of evidence supporting their theory that there are alien structures on the far side of Earth’s moon.

The image of the Tower of the Moon was obtained on 20 July 1965 by the Russian vehicle Zond 3. At the time, the probe was about 10,000 kilometers above the Moon.

So far, the mysterious structure on the far side of the moon is only one of the many that have been found to date according to Ufologists and UFO hunters.

But the enigmatic antenna-like structure and the ‘tower’ on the far side of the moon are just a few of the countless images that seem to prove there are ‘things’ on the moon which are the result of extraterrestrial intelligence.

Interestingly, Buzz Aldrin, the second man to walk on the surface of the moon, surprised many by saying, “We should visit the moon of Mars, there’s a monolith there, a very unusual structure on this little potato shaped object that revolves around Mars once every seven hours. When people find out about that they are going to say, “Who put that there? Who put that there?” Well, the universe put it there, or if you choose God put it there.’

Check out the RAW image here.